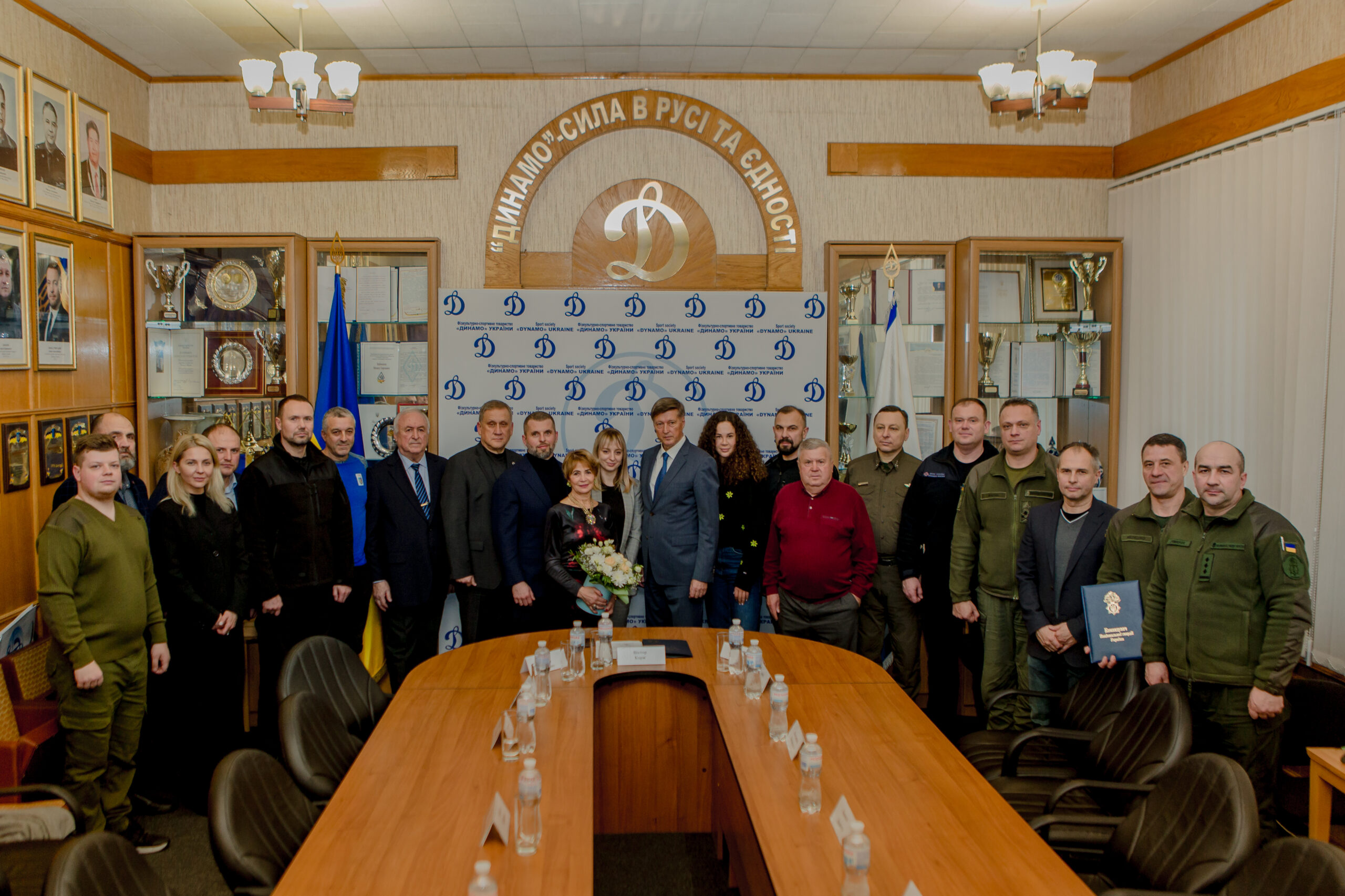 The first decade of November is usually a period of national celebrations and sports competitions. Traditionally, for 98 years the largest sports public association celebrates the anniversary of its foundation. In the conditions of full-scale military aggression, when more than 3 thousand Dynamo soldiers are defending Ukraine at the front, titled athletes, well-known activists and government officials gathered to support the tradition and the Ukrainian sports movement in the conditions of war.
The honorary guests of the FSO “Dynamo” of Ukraine were: Georgii Mazurashu, member of the Verkhovna Rada Committee on Youth and Sports, Serhii Shkarlet, Minister of Education and Science, Kateryna Pavlichenko, Deputy Minister of Internal Affairs, Matvii Bidnyi, Deputy Minister of Youth and Sports of Ukraine, Valerii Borzov, Vice-President of the NOC, the main heroes of the celebrations were outstanding athletes who are prize-winners and Olympic champions: Lyudmila Turishcheva, Lyudmila Luzan, Taras Danko, Hennadiy Avramenko, the event was also attended by heads of law enforcement agencies. 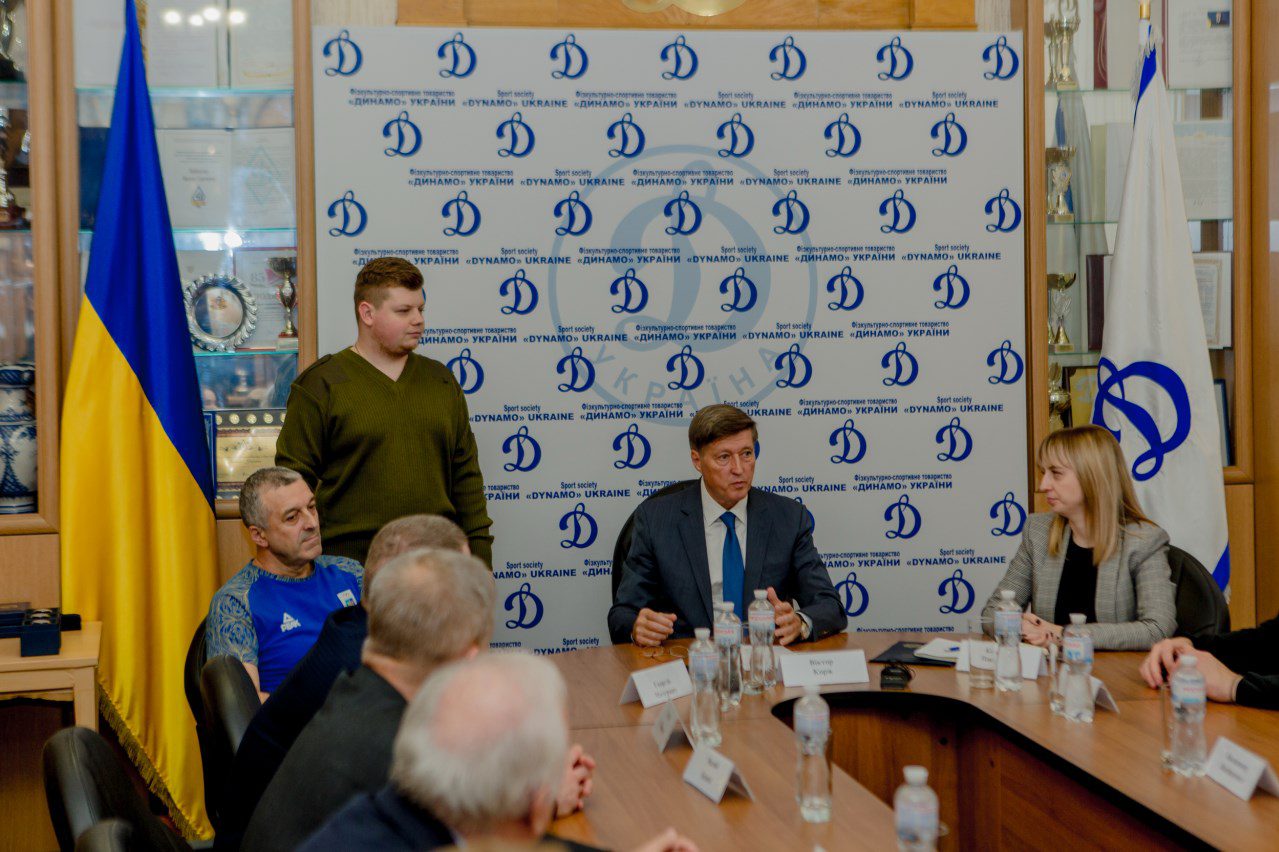 Viktor Korzh, the First Deputy Chairman of the Dynamo Football Society of Ukraine, emphasized that despite the cancellation of all sports events in the first half of 2022 for the period of martial law, the Dynamo Football Society of Ukraine did not stop working, radically changing the format of its activities and focusing on providing assistance to the Armed Forces, territorial defense, internally displaced persons and all those who are fighting.
To the daily tasks of the Society on physical culture and health improvement, implementation of the state policy on involving children in physical culture and sports, education of patriotism and humanistic values, preparation of the Olympic reserve, urgent humanitarian directions were added. 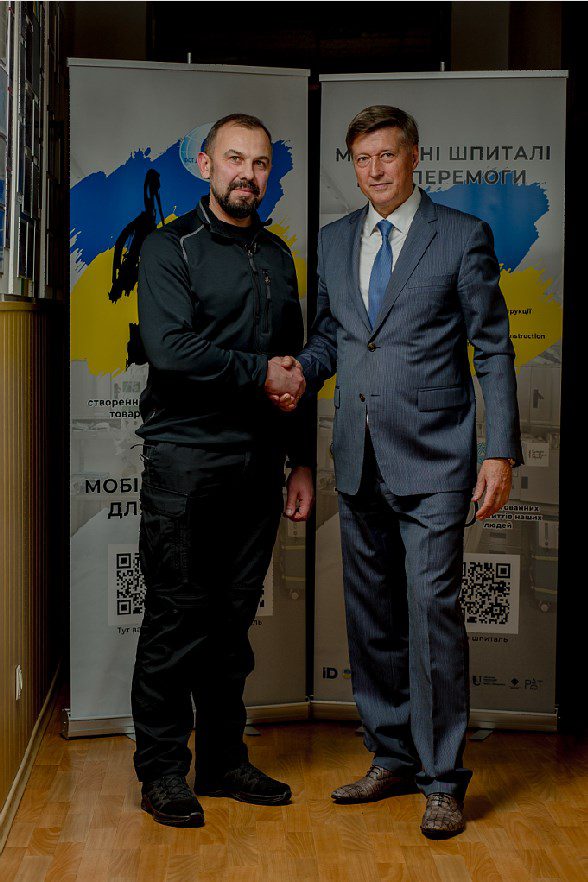 “We organized and held 41 humanitarian events, 11 charity events for more than 1000 participants. More than UAH 200000 was collected for the needs of the Armed Forces, other military formations and internally displaced persons. We also collected and distributed more than 190 tons of humanitarian aid. For more than 5000 of our citizens, who became refugees as a result of military aggression, the Dynamo Football Club of Ukraine found and equipped new homes. Thus, the motto of the FSF “Dynamo” of Ukraine – strength in movement and unity is not only about sports, this is how we understand our vocation to unite the sports community of our country”, – said Viktor Korzh, First Deputy Chairman of Dynamo.
To the congratulations and commemoration of the 98th anniversary was added an announcement of a new direction of cooperation with the Charitable Foundation “Reconstruction and Development of Ukraine” – a collection for mobile hospitals for the front.
“The availability of emergency professional medical care in modern conditions means 100 lives of our citizens every day, the best and bravest defenders. Today, the frontline needs 52 mobile hospitals, and in almost two weeks the first of them will go to the East. Dear friends, I am sure that with the habit and will to win as the FC “Dynamo” of Ukraine, medical care will be available to every defender of our country”, – called Artem Goncharenko, Chairman of the CF “Reconstruction and Development of Ukraine”.